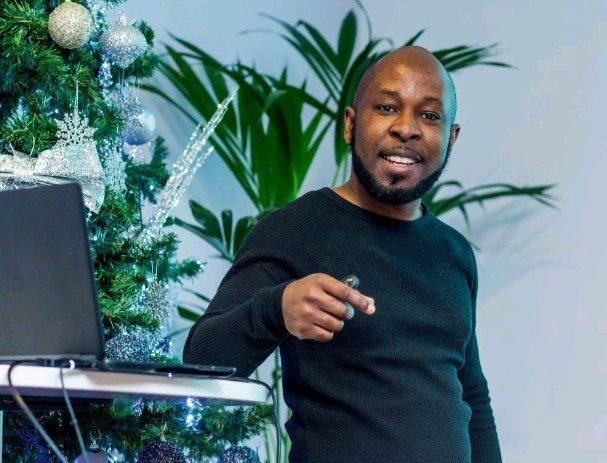 Our Founder Featured in TechRound's Top 50 BAME Entrepreneurs of 2021

We are delighted to announce that our Founder, Ola Sulaiman has been named in the Top 50 BAME Entrepreneurs in 2021 by TechRound, the UK’s fastest growing tech news site.

The competition followed a round of judging from an expert panel including former winners Ousman Touray (Phioneers), Manjit Sareen (Natterhub) and Josephine Melvin (TechRound team).

This year’s top spot went to Steven Bartlett, the founder of social media company Social Chain and recently made a judge on BBC1’s Dragons Den. He was followed by Ben Chestnut, the founder of email marketing software, Mailchimp which was recently acquired for $12 billion. Other notable finalists include Runyararo Mapfumo (position 5), director of Netflix’s hit show Sex Education and Youtube and music artist KSI (position 7).

Previous winners of TechRound’s BAME Top 50 Entrepreneurs Under 50 include Eric Yuan of Zoom, Jamal Edwards MBE and Nadia Kadhim of Naq Cyber who raised a huge funding round earlier this year – with finalists often become leaders in their industry and the driving force of the UK startup scene.

Feedback From The Judges

“Our list of Top 50 BAME Entrepreneurs under 50 is a testament to the individuals who are diversifying the UK’s startup landscape.”

“As always, we were so impressed with the calibre of applicants this year and also the volume of applications which was significantly higher than the previous year.”

“In particular, we saw a noticeable number of applications relating to sustainability, reducing carbon footprints, food alternatives and other waste such as plastics – and this really stood out in the applications when compared to other years (Namrata Sandu, Patrick Huang) . A real reminder that startups today are not just about driving revenue, but also a social difference.”

“We were very impressed with the number of BAME entrepreneurs who are helping their local communities whether it is through networking, opportunities training or funding (Jamaal Brathwaite, Ashleigh Ainsley, Dennis Owusu-Sem, Daisy Onubogu). We realise that this is not just about an entrepreneur who is looking to earn money, but someone who is actively helping those around them to grow and prosper which has a positive knock-on effect.”

“Overall, we are amazed by the talent and innovation of our BAME entrepreneurs who continue to break boundaries and take on propositions that are out of their comfort zone. We hope our list of top 50 will act as a strong reflection of the UK’s BAME and startup scene and one that will also represent the future of UK business, startups and tech as a whole. We congratulate all our finalists and look forward to seeing some of them featured in our TechRound100 competition which will be announced next week!”