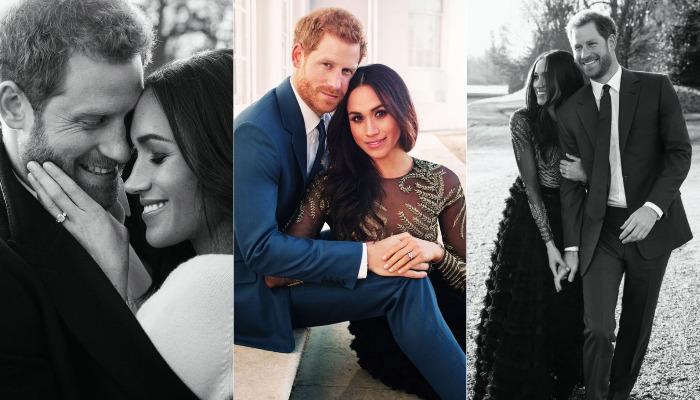 The most talked about Royal Wedding of Prince Harry and Meghan Markle is finally here. The gorgeous Afro Caribbean Bride and Actress, Ms Meghan Markle will be officially married to her prince charming on the 19th of May 2018 at the Windsor Castle. Millions of people across the UK, America and the world are expected to tune in to watch Prince Harry wed Meghan Markle.

My Afro Caribbean Wedding’s couple of the month will wed at St George’s Chapel in Windsor Castle (Home of the Queen), before travelling through the town in a horse-drawn royal carriage around 13:00 UK time.

The Royal wedding 2018 between Prince Harry, the 6th in line to the British monarchy throne, and Actress Ms. Meghan Markle, a mixed-race Afro-Caribbean star of the popular American television series “Suits,” will mark a remarkable history as the second black or bi-racial woman to join the British monarchy family.

Ms. Markle’s father is a white American cinematographer, and her mother Doria Ragland is an African-American social worker and yoga instructor. Her mother who arrived this week has been assigned a role to travel along with her beautiful daughter to the church where Prince Charles her father-in-law ‘to be’ will take over proceedings by walking Meghan Markle part-way down the aisle. She will be walking the first half surrounded by 10 Bridesquad and pageboys all under the age of eight, which includes Prince George and Princess Charlotte, the kids of Prince William.

The handsome groom to be, Prince Harry will be flanked by his brother and bestman for the day, the Duke of Cambridge, Prince William where 1,200 members of the public have been invited by the couple to view their Royal wedding from within the Windsor castle grounds. ‘Damn’, where’s our invite Prince Harry and Ms Meghan Markle? ‘Tut Tut’.

We just can’t wait to join the millions of viewers worldwide to watch the most talked about wedding of the decade, Prince Harry and Meghan Markle’s Royal Wedding 2018. And oh, we heard some of our friends from the church of God prophecy choir group will be performing at the wedding too, whoop whoop!!! We can’t wait to see our Afro Caribbean family friend and choir master Mr. Wayne Ellington perform at the historical event. Karen Gibson who leads The Kingdom Choir made of 20 singers will perform Ben E. King’s soul classic Stand By Me during the service. The gospel choir will also perform Etta James’ uplifting version of Amen/This Little Light of Mine as the newlyweds leave the chapel. Oh my I was just singing along to ‘This Little Light of Mine’ while typing this, how catchy is the blessed song having seen Karen and co perform these songs several times at the Church of God Prophecy’s Annual Conference.

19 year old Cellist Sheku Kanneh-Mason a British cellist who won the 2016 BBC Young Musician of the Year award will also be performing at the Royal Wedding invited by the Bride to be who enjoys his performance. He was the first black musician to win the award since its launch.

Their Wedding Cake is baked by Claire Ptak and team working in the Kitchen at Buckingham Palace, Claire and her team have created the three cakes ready for the wedding of Prince Harry and Ms. Meghan Markle. The cake is a lemon sponge, with an elderflower syrup, featuring Amalfi lemon curd and covered with a Swiss Meringue elderflower buttercream. The finishing touches will be applied on Saturday morning at Windsor Castle.