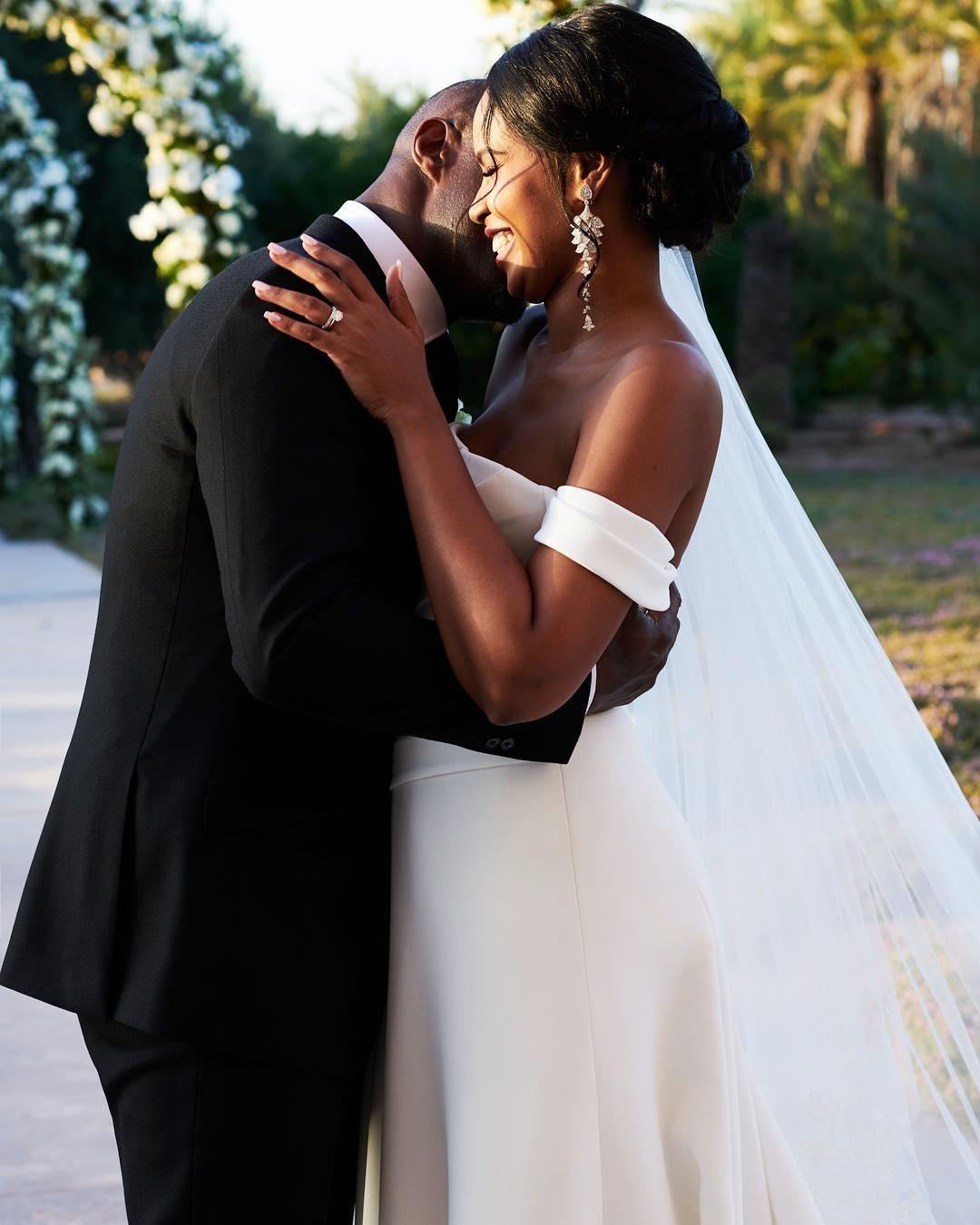 We hear heartbreak and sobbing everywhere as Idris Elba officially marries his SierraLeonian Queen Sabrina Dhowre in a beautiful surreal 3 day Moroccan Wedding. Oh yes, the Luther Star and “sexiest man alive” is off the market!

We still recall when Idris got down on one knee to pop the question to his black queen Sabrina during a screening of his film called Yardie in London. He surprised her in front of everyone by proposing to her and obviously we bet anyone would say YES!!!

Idris who lately has been featured in some music videos and songs like Boasty looked dapper in his bespoke suit by Ghanaian Oswald Boateng. Idris’ heritage is also Ghanaian, so big up to him for supporting his own.

The two lovebirds met in Canada where Sabrina was based in 2017 at a drama film “The Mountain Between Us” and since then they have been close in which they began officially dating. Idris didn’t waste anytime at all with the engagement. Man was on a no long thing.

Both couple looked smitten as they exchanged their vows at the stunning hotel wedding venue in Marrakesh Morocco (Ksar Char Bagh hotel) yesterday Friday 26th with images beautifully cpatured by British Vogue. His now wifey, wore 2 wedding dresses by Vera Wang for the day, a wedding gown for the ceremony and a pearl embroidered number dress for the wedding reception, while her hot Bae of Life looked dapper in his bespoke suit. Wedding guests included Christian Louboutin who was rocking some moves on the dancefloor while Davido, the Nigerian AfroBeats superstar was belting a performance of some of his hits.

A post shared by MyAfroCaribbeanWedding🇯🇲🇳🇬🇭🇹🇬🇭 (@myafrocaribbeanwedding) on Apr 28, 2019 at 11:13am PDT

A post shared by MyAfroCaribbeanWedding🇯🇲🇳🇬🇭🇹🇬🇭 (@myafrocaribbeanwedding) on Apr 27, 2019 at 5:28am PDT

Congrats to the beautiful couple as they embark on a new journey to together forever!! Read more on our wedding blog on our US site for other celebrity weddings and beautiful AfroCaribbean weddings.

Tb to Mr and Mrs Demarcus Cousins #mrandmrsdmc of

How it Started vs How its Going. Still one of our

The easiest Yes! I’ve ever said. Leaving a littl

NY #blacklove story 🗽🤍🖤. This wedding had

🇹🇹🇭🇹 Still can't get over this stunnin

Marriage is more than love. It is about becoming w

Met at work in September 2021, became his #fiancé

40% Off Hotel Bookings at Millennium Hotels and Resorts in Asia